The Safe Place
by
L. A.  Larkin 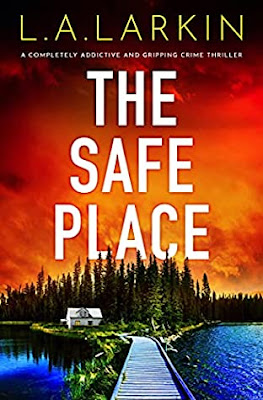 Publisher: Bookouture
Publication date: 9th November 2021
Genre: Crime Thriller
Pages: 394
Price: $1.99AUD (Kindle price @12/11/21)
Format read: eBook
Source: Courtesy of the publisher
About the book
Her heart pounds at the sound of footsteps outside her cabin in the woods. The snap of a twig tells her someone is close by. As she treads lightly towards the back door, she says a silent prayer—don’t let him find me…
Ever since Jessie Lewis reported her boyfriend, fire chief and local hero, for beating her, she’s been an outcast from the small town of Eagle Falls. And when someone sets fire to a house in the woods, killing the entire Troyer family, the locals turn on her again, taking her very public argument with Paul Troyer as proof that she lit the match.
Devastated that anyone could think her capable of murder, Jessie turns to Ruth. New in town, and an ex-FBI agent, Ruth could be the exact person Jessie needs to smoke out the murderer. But can she trust her with her life?
Days later, another house linked to Jessie is set ablaze. Combing the ashes for answers, she catches sight of an inscription she hasn’t seen since her childhood—since she lost someone very close to her. Is the killer is coming for her next?
As local wildfires take hold of the town and everyone is evacuated, Jessie knows she must put herself in unthinkable danger to catch the killer. And when she does, will she have the strength to take them down first?
My review
L.A. Larkin has delivered an adrenaline pumping small-town crime thriller fuelled by lies and secrets.
After being ostracised by the local community Jessie Lewis moves to a small cabin in the woods outside her home town of Eagle Falls. When a family of four is killed in a fire lit by an arsonist the town turns on Jessie once again.
Ex-FBI agent Ruth Sullivan has moved with her young family to her husband's home town of Eagle Falls. She is struggling with the damaging effects of a bomb blast plus PTSD induced nightmares. Ruth is finding it hard to fit into this tight knit community.
Ruth and Jessie, almost a generation apart in age, were alike in many ways. Both were strong determined women trying to escape their past. The two women immediately clicked and when Jessie found herself in trouble she turned to Ruth for help. Jessie is determined to clear her name and uncover a corrupt sheriff, long held secrets, a murderer and an arsonist.
Larkin has created a small-town community filled with domineering, manipulative and misogynistic men. The story includes themes of domestic abuse, victim blaming and gaslighting.
The scenes of the house fires were horrifyingly real and as the story progresses the number of likely suspects mounts.
The suspense was rife, I was on the edge of my seat, it took all of my reserve not to read ahead to see what happened next.
The Safe Place is fast paced, action packed and suspense filled making it a novel not to be missed.
I really enjoyed Larkin's previous novels Devour and Prey but she has outdone herself with The Safe Place!
My rating 5 / 5  ⭐⭐⭐⭐⭐ 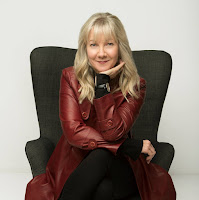 L.A. Larkin’s crime-thrillers have won her fans all over the world. Described as a superb ‘chiller thriller’ writer by Marie Claire magazine and praised by Lee Child, Louisa likes to write stories with lots of plot twists and characters that surprise. She feels very privileged to be able to brainstorm her story ideas with friends in the police and the FBI. 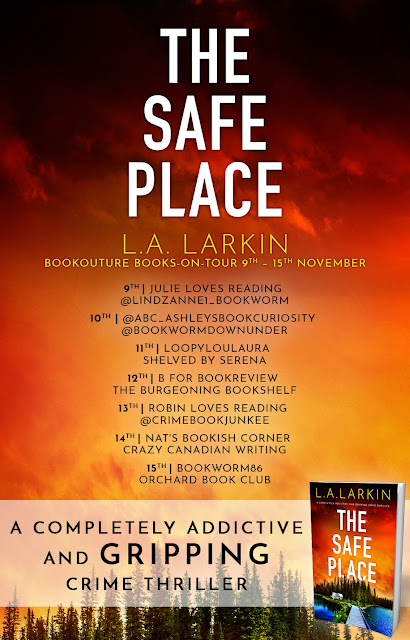 Posted by Veronica @ The Burgeoning Bookshelf at 10:00