Today's guest on The Burgeoning Bookshelf is author Pamela Taylor.
Pamela will be speaking on; The trap of linguistic anachronism – getting the language and word usage right for historical narratives.

For a writer, it’s so delightful to be really in the groove. Your story’s unfolding. The dialogue is flowing. You’ve already churned out five or six pages today and the words just keep coming. But if you’re writing historical fiction, sometimes you have to pause and ask yourself, “Is that really the word or phrase this character would use?”

It’s not always as straightforward as remembering not to have a soldier in the American Revolution call his comrades-in-arms “dudes.” Sometimes, a word or phrase we think of as having been part of the language “forever” is anything but.

In Volume 2 of the Second Son Chronicles, I needed a phrase to talk about someone who just couldn’t let go of something – and my natural inclination was to have my character say, “Well, let’s just hope he takes care of whatever bee is in his bonnet and gets himself back here safely.” It turns out the expression “bee in one’s bonnet” didn’t actually come into use until the middle of the nineteenth century, so that’s not what people would have said in the early Renaissance. The phrase “bees in one’s head” was in use from the early 1500s. That’s still a bit late for the era of the Chronicles, but sometimes authors have to make a judgment call. In those days, words and phrases typically appeared in the spoken vernacular long before the first recorded written usage. Unable to find a suitable expression of earlier origin, I gave my character permission to say “bees in his head.”

Occasionally, the writer’s choice is influenced by the reader’s best interests. Take the case of a conveyance used to haul hay or trade goods or supplies for an army – what we would call a wagon. It was called a wain at the time of the Chronicles – wagon came into the language about a hundred years later. So I had a choice: send readers scurrying for a dictionary to find out what the heck a wain might be or write sufficient descriptive passages to provide the explanation, either of which would have been disruptive to the flow of the narrative. In this case, I decided convenience for the reader outweighed historical accuracy so I took option three and used wagon.

Sometimes, though, one has little choice but to throw in the towel. I faced that with diplomat, diplomatic, and diplomacy – nineteenth century for the first two, slightly earlier for the third. Readers needed to understand everything those terms convey today, and I couldn’t find good, period-appropriate synonyms. So I reluctantly chose the needs of the story over the historical accuracy of the language.

For me, the goal is not to be pedantic about linguistic accuracy but to be mindful of it – to strive for authenticity and avoid glaring breaches, but ultimately, to make choices that enhance a reader’s experience. I hope I’ve succeeded and that you enjoy reading the Chronicles as much as I’m enjoying bring the stories to life.

Thank you Pamela for taking the time to write this informative post. 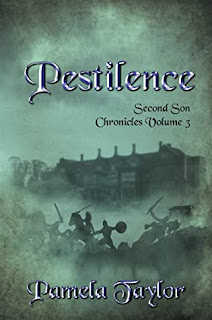 At the dawn of the Renaissance, Alfred - the eponymous second son - must discover the special destiny foreseen for him by his grandfather. Now, the unthinkable has happened: Alfred’s brother is king. And it isn’t long before everyone’s worst fears are realized. Traditional allegiances are shattered under a style of rule unknown since the grand bargain that formed the kingdom was struck over two hundred years ago. These will be the most dangerous years of Alfred’s life, forcing him to re-examine his duty to personal honor and to the kingdom, while the threats posed by his brother constantly remind him of his father’s final words of advice. What choices will he have to make to try to protect the things he holds most dear? 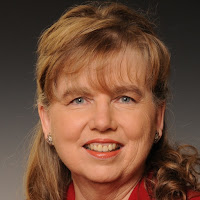 Pamela Taylor brings her love of history to the art of storytelling in the Second Son Chronicles. An avid reader of historical fact and fiction, she finds the past offers rich sources for character, ambiance, and plot that allow readers to escape into a world totally unlike their daily lives. She shares her home with two Corgis who frequently reminder her that a dog walk is the best way to find inspiration for that next chapter. 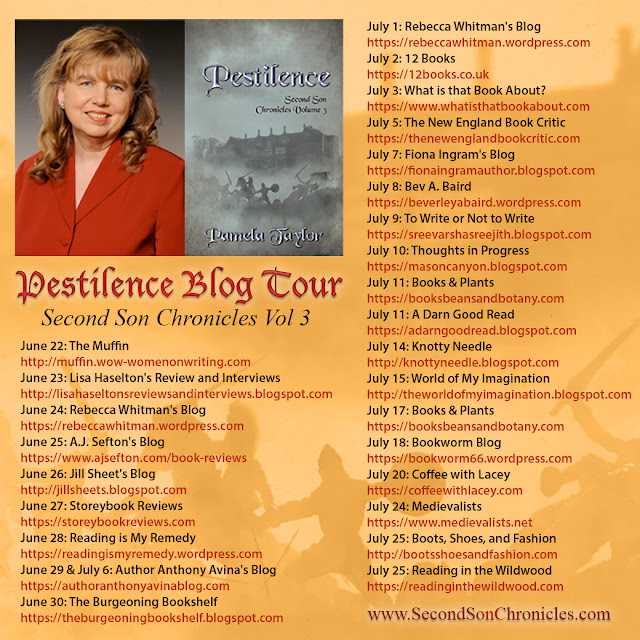 #WOW #Pestilence #BlogTour
Posted by Veronica @ The Burgeoning Bookshelf at 08:30 No comments: 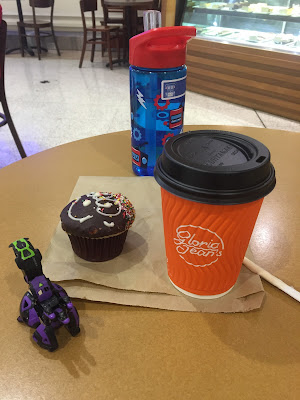 Coffee at the shops with my grandson 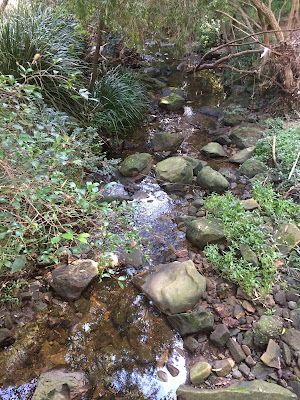 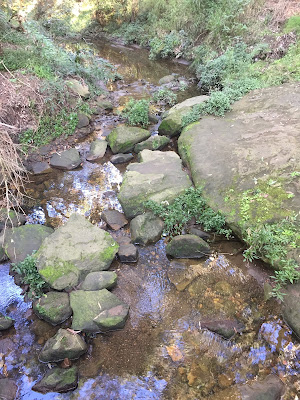 A walk to the creek on a sunny winter's day 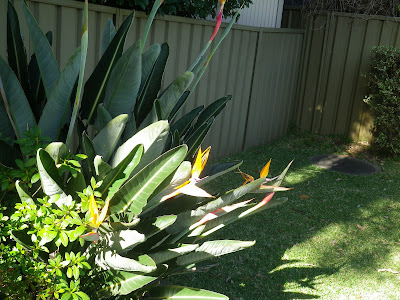 The bird of paradise in our garden is starting to bloom 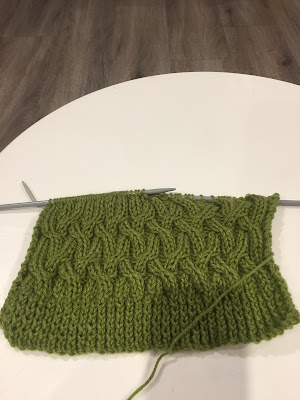 I have a few knitting projects on the go and this is my latest one
Books received over the last two weeks:
Whilst there were no physical books in my mailbox I did receive a Netgalley (eBook) invitation that sounded too good to refuse.

Not just killed, but mutilated.
Constable Mick Goodenough, recently demoted from his city job as a detective, is also new in town—and one of his dogs has gone missing. He’s experienced enough to know what it means when someone tortures an animal to death: it means they’re practising. So when Hal’s mother starts getting anonymous calls—a man whistling, then hanging up—Goodenough, alone among the Moorabool cops, takes her seriously.
The question is: will that be enough to keep her safe?
Nostalgic yet clear-eyed, simmering with small-town menace, Greg Woodland’s wildly impressive debut populates the rural Australia of the 1960s with memorable characters and almost unbearable tension.

I would love to hear what books you received in the mail lately!
Posted by Veronica @ The Burgeoning Bookshelf at 06:30 18 comments: