Book Review: A Kiss, a Dance & a Diamond (Romance) 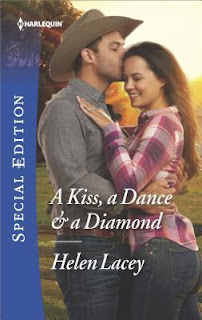 Kieran O'Sullivan never let anything-- or anyone --stand in his way. Even the girl he claimed to love.But fifteen years later, the successful doctor's back in Cedar River. So is Nicola Radici, still as beautiful as the day he left her behind. The last thing Nicola wants is to forgive and forget. But when Kieran connects with her nephews, their guardian has to let him into their life. And maybe even her heart.

A Kiss, a Dance & a Diamond is book six in the Cedar River Cowboys series. This story has Kieran O’Sullivan, recently divorced, moving back home to Cedar River to work in the local hospital. Nicola Radici is also back home, with a heart-wrenching break up behind her, she has returned to care for her two orphaned nephews after the sudden death of her brother and his wife.

Nicola and Kieran have history and fifteen years is not long enough for Nicola to forget or forgive the way they last parted.

I really enjoyed this story of second chances. Nicola was feisty and strong. She had been left broken hearted too many times and she wasn’t going to give her heart away easily. Her first concern was always her two nephews, Johnny and Marco. The young boys were a significant addition to the story which had them acting out their grief and insecurities which left Nicola feeling like she was stumbling alone through parenthood not knowing if she is doing the right thing. She finds herself turning to Kieran for help and advice. But they both needed to get over past hurts before they could move on and open their hearts.

The story is a fun read; Nicola with her feisty temper and Kieran trying to find ways to be involved in her life. The two young boys and Kieran’s family all working together to show Kieran and Nicola that they were meant to be together showed what a close-knit community Cedar River is.

This is a heart- warming story about loss and hurting, finding love and carrying on with life, letting go of the past and embracing a second chance at happiness.

A quick romance read that will give you the promised happily-ever-after. 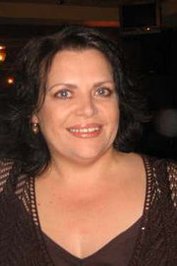 Helen Lacey grew up reading Black Beauty, Anne of Green Gables and Little House on The Prairie. These childhood classics inspired her to write her first book when she was seven years old, a story about a girl and her horse. Although, it wasn’t until the age of eleven when she read her first Mills & Boon, that she knew wanted to write romances. Her parents’ love of travel meant she saw much of the world in those early years and she feels fortunate to have had a diverse and interesting education over several continents.

She continued to write into her teens and twenties with the dream of one day being a published author. A few years and careers later, including motel operator, florist, strapper, dog washer, and retail manager, she got the call from Harlequin Special Edition. She loves writing about tortured heroes, both cowboys and CEO’s, and heroines who finally get the love of the man of their dreams.

From Welsh parents and a large family, she lives on the east coast of Australia in a small seaside town at the southern most point of The Great Barrier Reef, with her wonderfully supportive husband.

You can connect with the author at the following sites.

This review is book #14 in the Australian Women Writers Challenge


Posted by Veronica @ The Burgeoning Bookshelf at 21:48