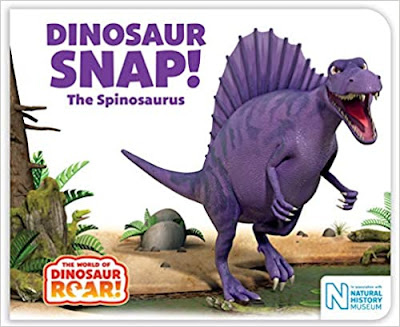 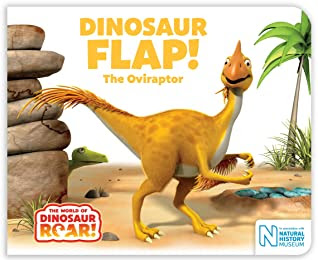 Publisher: Pan Macmillan Australia
Imprint: Macmillan Children's Books
Series: The World of Dinosaur Roar
Genre: Children's Picture Book
Publications date: 11th May 2021
Pages: 24
RRP: $14.99AUD
Format read: Board Book
Source: Courtesy of the publisher
About the books
Meet Dinosaur Snap, a mean Spinosaurus, and Dinosaur Snap, a nervous Oviraptor, in these brilliant rhyming stories, part of the collectable The World of Dinosaur Roar! series, in association with the Natural History Museum.
My review
Dinosaur Flap and Dinosaur Snap are part of a collection of board books inspired by the classic picture book, Dinosaur Roar.

Each book features one dinosaur highlighting their unique features and personality.

Dinosaur Flap is in a flap. She can’t relax, worried about her eggs being trampled. She scares away Stomp and Bash when they venture near but Honk with her loud honking would make a good guard so Flap asked her to stay and sound an alarm when someone comes near. Now Flap can get some much needed sleep.

Dinosaur Snap is fierce with a big snapping jaw. Whack has his spiky tail to protect him and Whizz is so fast Snap can’t catch him. Snap thinks little Squeak would make a tasty treat but Roar is always there to protect his little friend.

Other dinosaurs in the series pop in and out of each story, sometimes helping and sometimes causing havoc.

Jay loves these books and we have read them over and over. When the next two in the series arrived he let out a squeal of delight. We have since purchased a couple more in the series and have our eye on the next ones we want to buy. Yes, WE! I enjoy these stories too. So much fun!

I like how each dinosaur has a name that relates to their personality. They are like a little community. Jay can name them all and points them out as they appear in each other’s books.

We have always been big fans of Dinosaur Roar and Ten Terrible Dinosaurs and this new collection adds to the delight by naming the dinosaurs and giving them personalities.

The front of each book has the correct pronunciation of the dinosaurs scientific name. Which is very helpful as some are quite a mouthful. The rear of the book points out specific features of that dinosaur.

With bright illustrations and rhyming text these board books are sure to appeal to little dinosaur enthusiasts and their parents.

About the authors
Peter Curtis is a welsh-born author, creator and producer of children's characters, books and television series, with over twenty five years experience in children's media.
Jeanne Willis is an internationally renowned, full time writer and has published over a hundred books - ranging from picture books including The Bog Baby and Who's in the Loo?, to YA, poetry and fiction. 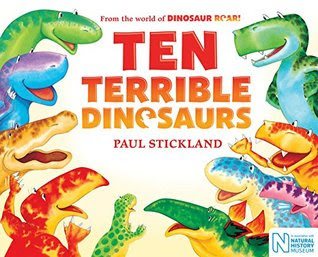 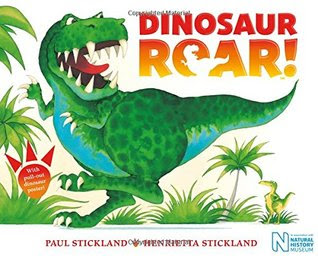 Posted by Veronica @ The Burgeoning Bookshelf at 17:55