Spotlight & Giveaway: Prince of Typgar: Nujran and the Corpse in the Quadrangle by Krishna Sudhir, MD, PhD 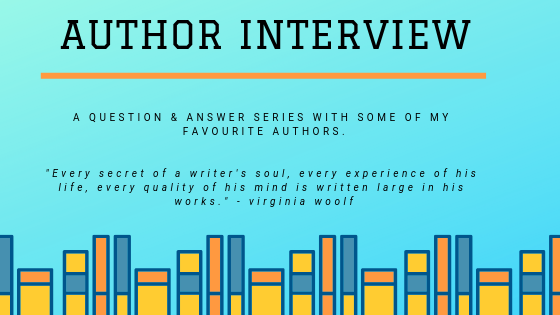 Today I would like to welcome author Krishna Sudhir to The Burgeoning Bookshelf.

So let's get started and find out a little more about Dr Sudhir and his writing.
About the author

Krishna (Krishnankutty) Sudhir is a physician, cardiologist and educator. Born in Chennai, India, he has lived and worked in three countries, including India, Australia, and the United States. He is currently based in California’s Bay Area, where he is a senior executive in the medical device industry.

In his academic career, he has taught undergraduate and postgraduate students at major Australian and American universities. He is passionate about educating the general public on health and medicine, and has authored several TED-Ed videos in the health care field. Sudhir has traveled extensively across Asia, Australia, Europe and North America, and is deeply interested in cultures, languages, and cuisines across the globe. He enjoys watching movies, listening to music, reading detective novels, and cooking Indian food. While well-published in the medical field as the author of over 180 publications, the Prince of Typgar series is his first foray into the world of fiction.

Congratulations on your latest novel, Prince of Typgar: Nujran and the Corpse in the Quadrangle! Tell us what the book is about.

This is the second in the Prince of Typgar series, a sequel to Nujran and the Monks of Meirar. The series is set in an alternate universe, an earth-like planet Syzegis in a distant galaxy. At the end of the first book, we leave Nujran as a teenager who has traveled with his teacher, Amsibh, experiencing romance, conflict, friendship, betrayal, and loss. We begin the second book on the campus of the University of Western Foalinaarc, where a body has just been discovered. Who is this girl, and why is she dead? Could it be linked to the mysterious illness sweeping across campus, affecting most of the teaching community? Why does Amsibh come to the school, and what does he need to protect Nujran from? Through what twist of fate is Nujran reunited with his old friends, the Monks of Meirar? And why does Nujran end up being a captive again?

Nujran and the Corpse in the Quadrangle picks up where your last book, Nujran and the Monks of Meirar, left off, but it can also work as a stand-alone. Why did you decide to return to Nujran’s story and what will fans of your first novel be most excited by?

I felt there was more of Nujran’s story that needed to be told, and I wanted to have readers go along with him on all of his new adventures as he begins college. In this book, there’s drama in plenty with fugitives on the run, turbulence on the university campus, fresh intrigue, a new romance, a strange kidnapping, an escape from prison, and a rescue mission where things don’t quite go as planned. In short, this sequel is another fast-paced adventure that will hold readers spellbound!

What makes your books stand out from other young adult fantasy novels?

The most unique aspect is that this book is written from an Indian-American voice, that pulls from stories of kings, queens and princes in Indian mythology to create modern fantasy fiction. There are not many YA novels that originate from Indian thinking and tradition, so I was happy to bring that to readers. Plus, it’s set on another planet in a distant galaxy, with elements of not just sci-fi and fantasy but also magical realism, making it a captivating blend of multiple young adult genres. An alternate universe, with multi-ethnic characters, many with unusual abilities, will likely attract fans of the Marvel and DC entertainment films and comic books. Plus, I hope young readers from Indian and other immigrant backgrounds who don’t see their culture widely represented in YA novels will enjoy that aspect as well.

Why did you decide to feature multi-ethnic culture and Indian mythology in your novels?

We are a multi-racial, multi-ethnic country, but we don’t have enough minority voices in literature. As an Indian-American writer, I bring a unique perspective to storytelling, drawing from my love of Indian mythology, the Arabian Nights and other epic literature in the diversity space. I am honored to be able to bring these to young readers of all cultures, and I hope they can not only enjoy the stories, but learn something about other cultures – or even their own – along the way.

You are a cardiologist and a professor – what made you want to write YA novels?

The ideas for the books came from multiple directions. Raising two boys (who are now almost 26 and 24), I read a lot of young adult fiction. We perused the Harry Potter novels together, a delightful shared experience. When they were younger, I learned to spin a lot of yarns, mainly as bedtime stories. And going further back in time, there was my own childhood and early adult fascination with the Indian epics—magnificent tales of princes and warriors woven into stories.

With your medical and teaching career, in addition to being a parent, when do you find the time to write?

I love this question because it has a fun answer! Before COVID, I traveled often for my job. The entire first novel in the Prince of Typgar series was written on United Airlines airplanes. Most of Nujran and the Corpse in the Quadrangle was as well, before quarantine kept me home for the tail end of the process. The cabin of an airplane is an unusual, but perfect place to lose yourself in a new universe through writing!

What’s next for you? Will you be writing another book in the Prince of Typgar series, or something fresh?

The series is planned as a trilogy, so there’s one more novel after this one. That final one will be the culmination of the story. Nujran’s adventures will continue, you can be sure there will be more intrigue and conflict, and hopefully my readers will stay with me through the end of the series.

(Enter via the form below) 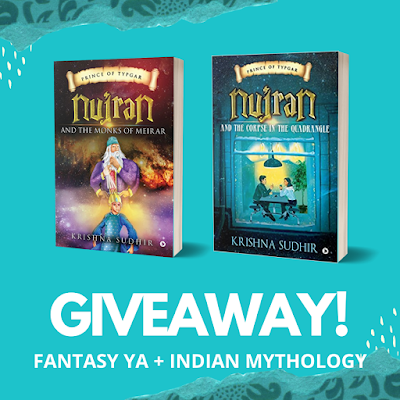 Prince of Typgar: Nujran and the Monks of Meirar
Set on the planet Syzegis, in a distant galaxy, Nujran is the spoiled pre-teen son of King Rababi and Queen Roone in the kingdom of Typgar. Enter Maestro Amsibh, a gifted teacher with extraordinary qualities, and the prince’s transformation begins.
But, why does he have to leave his sheltered life at the palace and his gorgeous friend Zaarica, with the maestro and two bodyguards? Who are the mysterious Monks of Meirar, and what strange powers do they possess? What motivates Hoanan, the villainous politician, who wants to unseat the king and usurp the throne? And amidst all the turbulence in Typgar, can Nujran find his way back home?
With numerous plot twists and turns, the reader will be transported on a fast-paced adventure with our young prince, where he encounters romance and conflict, friendship and betrayal, while building strength and character through his experiences in the real world.
Prince of Typgar: Nujran and the Corpse in the Quadrangle
This is the second in the Prince of Typgar series, the much-anticipated sequel to Nujran and the Monks of Meirar. At the end of the first book, we left Nujran as a teenager who has learned much through his journeys alongside his teacher Amsibh. He experienced romance, conflict, friendship, betrayal, and loss. He grew up along the way.
We begin the second book on the sprawling campus of the prestigious University of Western Foalinaarc, where a body has just been discovered. Who is this girl, and why is she dead? Could it be linked to the mysterious illness sweeping the campus and plaguing the teaching community? Why does Amsibh come to the school, and what does he need to protect Nujran from? Through what twist of fate is Nujran reunited with his old friends, the Monks of Meirar? And why does Nujran end up being a captive again?
The stakes are higher than ever before, with fugitives on the run, turbulence on the university campus, a new romance, a bizarre kidnapping, a perilous escape from prison, and a rescue mission where things don’t quite go as planned. Corpse in the Quadrangle is another fast-paced adventure that will hold young readers spellbound!
Posted by Veronica @ The Burgeoning Bookshelf at 21:56