What's arrived in The Burgeoning Bookshelf's Mailbox in October 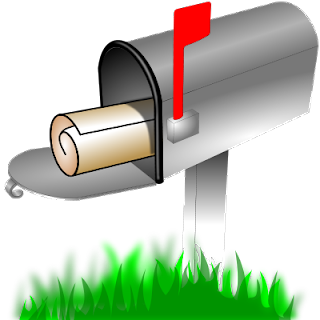 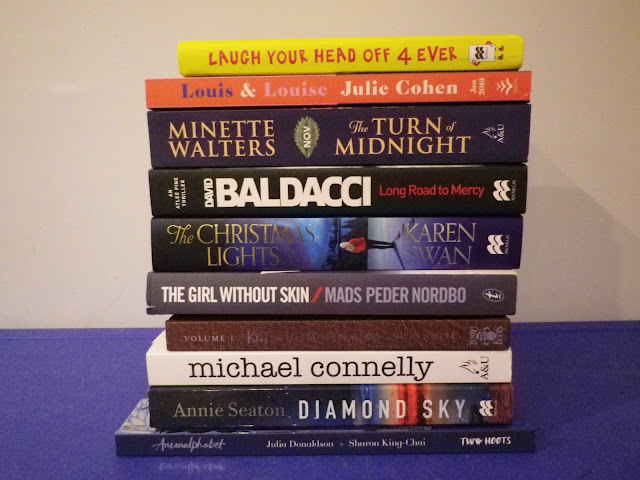 
9 authors
9 stories
to make you laugh your head off 4EVER
A runaway pram ➕ an artsy alien ➕ a cereal monster ➕ a word-stealing curse ➕ one dancing dad ➕ three feral fairies ➕ an evil genius ➕ a hairy birthday ➕ a super-duper pig ＝ one hilarious book.

Louis David Adler was born on the 8th of September 1978 to Peggy and Irving Alder of Casablanca, Maine.

Louise Dawn Adler was born on the 8th of September 1978 to Peggy and Irving Adler of Casablanca, Maine.

In their moment of birth Louis and Louise are the same person in two different lives. they are separated only by the gender announced by the doctor, and a final 'e'
If you could look at one life in two different ways, what would you see?


As the year 1349 approaches, the Black Death continues its devastating course across England. In Dorseteshire, the quarantined people of Develish question whether they are the only survivors.

Guided by their beloved young mistress, Lady Anne, they wait, knowing that when their dwindling stores are finally gone they will have no choice but to leave. But where will they find safety in the desolate wasteland outside?

When lady Anne and Thaddeus Thurkell conceive an audacious plan to secure her people's independence, neither foresees the life-threatening struggles over power, money and religion that follows.....

It is thirty years since FBI Agent Atlee Pine's twin sister, Mercy, was taken from the room they shared as young children.
Notorious serial killer Daniel James Tor was caught and convicted of other murders, and, while there's no proof, Atlee believes he knows what happened to Mercy. Tor still resides in a high-security prison in Colorado.

Assigned to the remote wilds of the western United States, Atlee has never stopped the search for her sister, and, wracked with survivor's guilt, she has spent her life hunting down those who hurt others. She will always ask herself. 'Why her, and not me?'

Now, Atlee is called in to investigate a case in the Grand Canyon when a mule is found dead with strange  carvings on its body, and its rider missing. She knows about killers and perhaps understands them better than any profiler in the FBI, but it soon becomes clear that she will need to put her skills to the ultimate test in this investigation.
It seems that Atlee will now have to confront a new monster. And face the one of her nightmares.

December 2018, and free-spirited Influencers Bo Loxley and her partner Zac are living a life of wanderlust, travelling the globe and sharing their adventures with their millions of fans. Booked to spend Christmas in the Norwegian fjords, they set up home in a remote farm owned by enigmatic mountain guide Anders and his fierce grandmother Signy. Surrounded by snowy peaks and frozen falls, everything should be perfect. But the camera can lie and with every new post, the ‘perfect’ life Zac and Bo are portraying is diverging from the truth. Something Bo can’t explain is wrong at the very heart of their lives and Anders is the only person who’ll listen.
June 1936, and fourteen-year old Signy is sent with her sister and village friends to the summer pastures to work as milkmaids, protecting the herd that will sustain the farm through the long, winter months. But miles from home and away from the safety of their families, threat begins to lurk in friendly faces . . .
The mountains keep secrets - Signy knows this better than anyone - and as Bo’s life begins to spiral she is forced, like the old woman before her, to question who is friend and who is foe.

Journalist Matthew cave is sent out to the edge of an ice sheet to write about the discovery of a mummified Viking corpse. But the next day the mummy has disappeared, and the body of the policeman who was keeping watch is found naked and flayed at the discovery site.

Matthew soon realises that the body is connected to a series of unsolved murders from the 1970s. As he delves deeper into his investigation, he finds shocking connections to the present. When he meets Tupaarnaq, a young Greenlandic woman, he knows there is no way back - but nothing has prepared him for what he will discover. 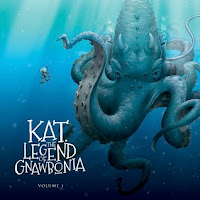 In the great city of Catifornia, the Meofia are by far the most feared of all the felines. At home, their baby sister Kat is enslaved under lock and key. Done with the constant abuse, she escapes, embarking on a perilous journey far beyond the land of cats.

Lost at sea, Kat is captured by a ruthless gang of notorious pirate dogs and forced to the depths of the ocean in search of treasure; where she discovers an ancient city, lost in time.

Here, Kat comes to terms with who she truly is – gaining the courage to fight for her life and freedom, to fulfil an ancient prophecy that she inevitably finds herself entwined with

At the end of a long, dark night detectives Renee Ballard and Harry Bosch cross paths for the first time.

Detective Renee Ballard works the graveyard shift and returns to Hollywood Station in the early hours to find a stranger rifling through old files.

The intruder is none other than retired legendary LAPD detective Harry Bosch, hunting for leads in an unsolved case that has got under his skin.

Ballard escorts him out but -- curious to know what he was searching for -- soon becomes obsessed by the murder of Daisy Clayton. Was she the first victim of a serial killer who still stalks the streets?

For Bosch, the case is more than personal: it may be all he has left.

But in a city where crime never sleeps, even detectives have a dark side…

The remote Matsu diamond mine in the Kimberley is the perfect place for engineer Dru Porter to hide. The vast and rugged landscape helps her feel invisible. And safe. Surely the terror she left behind in Dubai will never find her here?

Security specialist Connor Kirk knows from experience that beautiful women are capable of treachery. When he arrives at Matsu to investigate a diamond theft, he immediately suspects the reclusive but obviously capable Dru Porter. He knows she's hiding something.

As Connor's investigation deepens and Dru's past catches up with her, their instant, mutual dislike threatens to blind them to the true danger lurking in the mine, one which could leave them both at the mercy of the desert...

From ant to butterfly to caterpillar . . . to zebra and then back again, Animalphabet is an entertaining puzzle as well as a gorgeous alphabet book to treasure.

Who can slither better than a rabbit? A snake! Who can growl better than a snake? A tiger! There are clever hints and peekaboo holes within the artwork that will amaze and delight young children as they learn to use the alphabet. This is a preschool must-have. 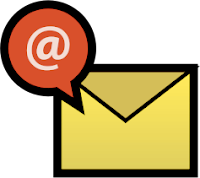 What's arrived in my inbox during October

An American research ship disappears in the Arctic's Chukchi Sea only to reappear a few days later. When a special U.S. Coast Guard unit boards the vessel, they find it deserted, its power grid wrecked, two bombs waiting to explode, and an even darker secret hidden below her decks.

A few miles across the international maritime boundary, a massive Russian oil platform harbors its own secret. Below the behemoth lies a mysterious energy source so powerful it threatens to topple the balance of world power in favor of Moscow.

The Russians will to kill to protect it. The Americans will kill to stop its recovery.

Journalist Charlotte Ashe unmasks the big lies. But uncovering this lie could endanger the one person she’s trying to save…

Charlotte is determined to expose Tyrone Garner—a former football star turned property developer and everyone’s darling. Everyone is wrong. But to prove he’s a fraud, she needs help.

Tired of her quiet life, Allie is thrilled to engage in a bit of espionage for her best friend Charlotte. Allie’s great with secrets. She’s guarded her own well.
Then the nightmare begins.

And the cracks start to show…

Charlotte is desperate for clues. Is Allie alive or dead? What had she discovered that put her in danger? And how will Charlotte cope with her guilt? The more Charlotte learns about Allie’s secrets, the more she wonders how well she knew her best friend. And then she uncovers a lie so big she questions everything she believes…about Garner, Allie and herself.

What am I really looking forward to reading? This is going to be a hard pick as I am keeping myself down to three 'I can't wait to get my hands on it' books.

Kat: The legend of Gnawbonia - This book looks amazing! It is a beautiful hard cover picture book come graphic novel. I'm excited to read this and I think it would make a perfect Christmas gift.


Louis & Louise - the premise of this novel fascinates me. telling the story of someones life if they were born female and again if they were born male. It's set in 1978 so I am presuming it's main focus is gender inequality but I don't want to jump ahead of myself so I will just wait and find out.


Polar Melt - I just know this is going to be a fabulous read. I have read Martin Roy Hill's books before and I was excited when he asked me to review his latest book. His stories are always full of action and suspense.


Anything here that takes your fancy? I'd love to know what is on your must-read list for November.


Posted by Veronica @ The Burgeoning Bookshelf at 22:43