Mailbox Monday is the gathering place for readers to share the books that came in their mailbox during the last week. It now has a permanent home at the Mailbox Monday blog.Life This Week is a meme created by Denyse Whelan Blogs where bloggers share snaps of what is currently happening in their lives.

Happy Monday!
Below are some snaps from our daily walk 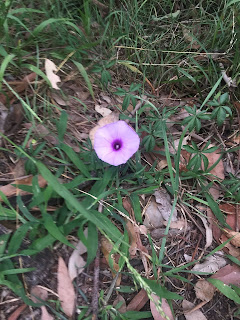 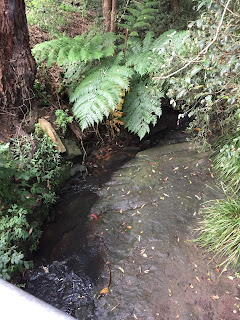 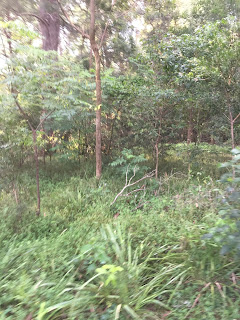 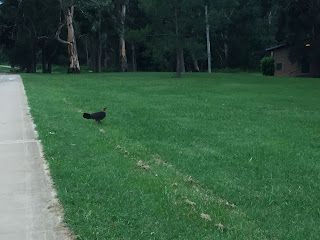 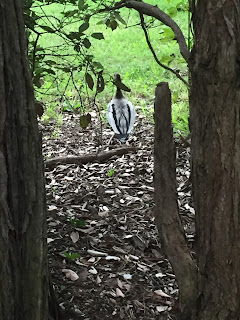 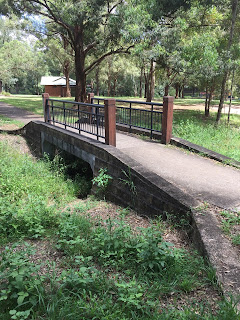 We also had a win with our garden. Cucumbers! Lots of cucumbers! 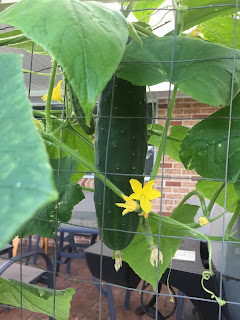 Books I have received in the mail over the last three weeks: 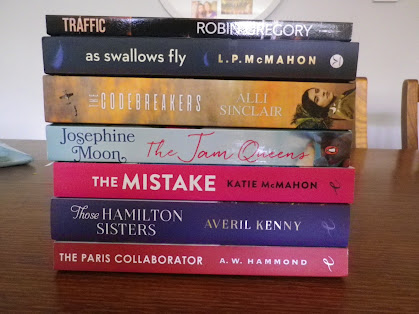 Traffic by Robin Gregory
A PI Sandi Kent mystery. Sandi is hired to rescue a young woman from an illegal brothel. Sandi is soon embroiled in the city's seamy underworld of human trafficking, drugs and murder.

As Swallows Fly by L P McMahon
Malika, a young orphan in rural Pakistan is left disfigured after a savage attack. She spends her life hidden from the world.
Her life is changed when she is taken to Australia and teamed with plastic surgeon Kate. But is the price of beauty higher than either of them ever expected.
A poignant portrayal of survival, identity and empowerment in a culture dominated by the pursuit of perfection.

The Codebreakers by Alli Sinclair
Set in Brisbane during WWII. Ellie O'Sullivan exceptional skills attract the attention of the Central Bureau and she joins a group of elite women deciphering enemy communications. They soon form a close bond - yet could there be a traitor in their midst.
A compelling story about tenacity and friendship inspired by the real codebreaking women of Australia.

The Jam Queens by Josephine Moon
Aggie, her mother,Valeria, and her distant daughter, Holly, as well as her meddling great aunt, Myrtle come together on a trip across Australia on the Ghan for her mother's seventieth birthday. The four generations of family will be reunited at last.
This is a sweet and soulful story about women being there for each other through the stickiest situations. It celebrates the joys and sorrows of life, and reveals the essential ingredients of the true recipe for happiness.

The Mistake by Katie McMahon
Bec and Kate are sisters, but they couldn't be less alike.
Bec lives the domestic dream with husband Stuart and three children. So why is she attracted to free-spirited Ryan?
Kate's life is hardly a dream. But when she meets Adam things start looking up. Until she finds out he's been keeping secrets from her.
Then there's the incident both sisters are desperate to ignore...
Will they discover some mistakes can't be put right?

Those Hamilton Sisters by Averil Kenny
Following their mother's death, the Hamilton sisters have returned to Noah Vale to live near their aunt and uncle.
Sonnett, fiery and independent, Fable, a gifted artist and a dreamer and Plum, who is anxious to please and notices everything.
The sisters settle into small-town life but suspicion and judgement follow them wherever they go. When Fable falls in love with Noah Vale's golden boy, is history destined to repeat itself?

The Paris Collaborator by A W Hammond
Set in German occupied Paris during WWII
Former schoolteacher Auguste Duchene has stumbled upon an unusual way to survive: he finds missing people. When he's approached by the French Resistance to locate a missing priest - and a cache of stolen weapons - Duchene initially refuses. But the Resistance offer him no choice. Within hours, he's also blackmailed by a powerful Nazi into searching for a German soldier who's suspected of deserting.
I would love to hear what books you've received in the mail recently!
Posted by Veronica @ The Burgeoning Bookshelf at 13:17