Book Review: A Home Like Ours by Fiona Lowe

A Home Like Ours
by
Fiona Lowe
Prejudice, privilege and betrayal: what really lies beneath the idyllic facade of this small town? 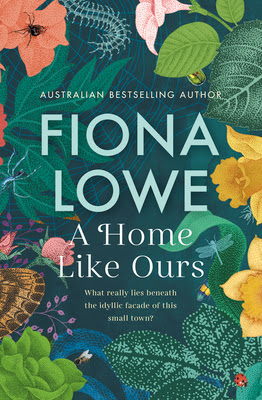 Publisher: Harlequin Australia
Imprint: HQ - Fiction
Publication date: 3rd March 2021
Genre: Contemporary Fiction
Pages: 576
RRP: $32.99AUD
Source: Courtesy of DMCPRMedia
About the book
Tara Hooper is at breaking point. With two young children, a business in a town struggling under an unexpected crime wave, and her husband more interested in his cricket team than their marriage, life is a juggling act. Then, when new neighbours arrive and they are exactly the sort of people the town doesn't want or need, things get worse.

Life has taught Helen Demetriou two things: being homeless is terrifying and survival means keeping your cards close to your chest. Having clawed back some stability through her involvement in the community garden, she dares to relax. But as she uncovers some shady goings-on in the council, that stability turns to quicksand.

For teenage mother Jade Innes, life can be lonely among the judgement of the town and the frequent absences of her boyfriend. A chance encounter draws her into the endangered community garden where she makes friends for the first time. Glimpsing a different way of life is enticing but its demands are terrifying. Does she even deserve to try?
My review
Tara is concerned about her marriage. Her husband has become distant and in her hour of need those she thought were her friends have deserted her.
Helen has known homelessness and fears it could happen again at any time. She is passionate about the community garden and strives to help the less fortunate but she is up against a council that prefers profit before community.
Teenager Jade lives from week to week with a baby son to support and a boyfriend that comes and goes as he pleases. She wants to be the mum she never had, she struggles alone with no friends or family.
Fiza has arrived in Boolanga hoping for a better life for her three children after escaping the death and destruction of Sudan. However there are many in Boolanga that fear change and look on the new arrivals with suspicion.
A Home Like Ours follows these four women, all from very different backgrounds, as they overcome hurt, prejudice and pride to find they have much more in common than they ever realised. Lowe's characters aren't perfect, they are quite often judgey and temperamental but the women support each other and open up to heal and grow, restoring their faith in human nature and in themselves.
I did find A Home Like Ours a bit depressing to start off with as the background on the four women was introduced and they were all struggling with their lives. I book being a bit uncomfortable and confronting is a good thing as it makes you stop and think about your own life and the life of those around you.
Through these four families Fiona Lowe succinctly introduces many topics that not only affect small rural communities but people everywhere. She develops the story to give her readers hope for a brighter future for these women and the whole community.
A Home Like Ours highlights many social issues and each one is fully explored. I suppose that is why the book is so big, Fiona Lowe is not prepared to skimp on details with any of the issues featured. Her readers are given a fully rounded perspective from many different view points.
Set in a picturesque town on the banks of the Murray River in Northern Victoria what you would imagine to be an idyllic life harbours prejudice, anger, racism, fear, a crooked council and developers waiting to move in.
I feel A Home Like Ours will have diverse appeal and I can see it becoming a popular book club read.
4/5  ⭐⭐⭐⭐
About the author 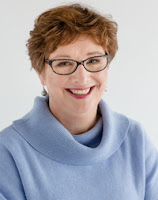 Multi published, Fiona is very excited about her 2021 release, A HOME LIKE OURS, a novel about women struggling to find their home, both physcially and emotionally, in a small town that seethes under the surface. Previously published with Berkley and currently with Harper Collins Australia, (HQ Fiction) Fiona's been the recipient of a RITA and a RuBY award. Families and communities intrigue her and she loves creating characters you could meet on the street and enjoys putting them in unique situations where morals and values can blur and she begs the reader to ask themselves, 'What would you do?'
Author website
Challenges entered:  Australian Women Writers Challenge #AWW2021
Aussie Author Challenge #AussieAuthor21
Also by Fiona Lowe and reviewed on The Burgeoning Bookshelf

Posted by Veronica @ The Burgeoning Bookshelf at 14:35