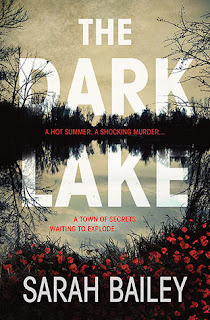 In a suspense thriller to rival Paula Hawkins and Tana French, a detective with secrets of her own hunts the killer of a woman who was the glamorous star of their high school.

Rose was lit by the sun, her beautiful face giving nothing away. Even back then, she was a mystery that I wanted to solve.

The lead homicide investigator in a rural town, Detective Sergeant Gemma Woodstock is deeply unnerved when a high school classmate is found strangled, her body floating in a lake. And not just any classmate, but Rosalind Ryan, whose beauty and inscrutability exerted a magnetic pull on Smithson High School, first during Rosalind's student years and then again when she returned to teach drama.

As much as Rosalind's life was a mystery to Gemma when they were students together, her death presents even more of a puzzle. What made Rosalind quit her teaching job in Sydney and return to her hometown? Why did she live in a small, run-down apartment when her father was one of the town's richest men? And despite her many admirers, did anyone in the town truly know her?

Rosalind's enigmas frustrate and obsess Gemma, who has her own dangerous secrets—an affair with her colleague and past tragedies that may not stay in the past.

The Dark Lake is the debut novel of Australian author Sarah Bailey.

Gemma Woodstock is a Detective Sergeant in the small rural town of Smithson. One of the local teachers, who also happens to be an old classmate of Gemma’s, is murdered and the ensuing investigation causes Gemma’s past to come crashing back to haunt her.

I can’t say I liked Gemma and some may question her morals but I didn’t dislike her. I was certainly intrigued to find out what made her tick. She was complex, complicated, obsessive and slightly off kilter. It was very risky having such a flawed protagonist however Bailey has pulled it off with ease. Gemma is basically a good person but sometimes good people can do bad things and unintentionally hurt others.

Bailey weaves the themes of Romeo and Juliet, star-crossed lovers, deception, lies and tragedy throughout the story.

The story moved at a slow pace. There is a lot of moving back and forward in time with back-story filling in the gaps and building on the mystery.
I was captivated by the prose. Bailey has a way with words that had me mesmerized. It is easy to lose yourself in the writing alone.

I pretty much guessed the murderer but I couldn’t work out the motivation and it didn’t spoil the story or the tornado like ending.

The second Gemma Woodstock novel 'Into The Night' is due to be released in October 2018 and I’m looking forward to seeing how Gemma moves on with her life and to immerse myself in some more captivating writing. 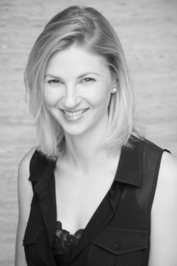 Sarah Bailey is a Melbourne based writer with a background in advertising and communications. She has two young children and currently works as a director of creative projects company Mr Smith. Over the past five years she has written a number of short stories and opinion pieces. The Dark Lake is her first novel.

Posted by Veronica @ The Burgeoning Bookshelf at 20:10