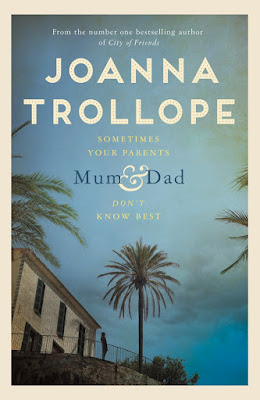 Publisher: Pan Macmillan Australia
Publication date: 31st march 2020
Genre: Contemporary Fiction
Pages: 336
RRP: $ 32.99AUD
Format read: Paperback
Source: Courtesy of the publisher
About the book
It’s been 25 years since Gus and Monica left England to start a new life in Spain, building a vineyard and wine business from the ground up. However, when Gus suffers a stroke and their idyllic Mediterranean life is thrown into upheaval, it’s left to their three grown-up children in London to step in . . . Sebastian is busy running his company with his wife, Anna, who’s never quite seen eye-to-eye with her mother-in-law. Katie, a successful solicitor in the City, is distracted by the problems with her long-term partner, Nic, and the secretive lives of their three daughters. And Jake, ever the easy-going optimist, is determined to convince his new wife, Bella, that moving to Spain with their 18-month-old would be a good idea. As the children descend on the vineyard, it becomes clear that each has their own idea of how best to handle their mum and dad, as well as the family business. But as long-simmering resentments rise to the surface and tensions reach breaking point, can the family ties prove strong enough to keep them together?
My review

Joanna Trollope has written an inter-generational family drama that is steeped in regrets, resentment, sibling rivalry and petty jealousies.

At the heart of the story are ageing parents Monica and Gus who 25 years earlier had left England for Spain, where they have created a successful wine business. Over the years Gus has become a grumpy old man, his wines are his life, and he pretty much leaves Monica to do her own thing. She loves Spain but has regrets about leaving her children, in boarding school, all those years ago.

When Gus suffers a debilitating stroke and the family is called in to help out it has them all re-evaluating their relationship with each other.

This dilemma with their parents comes at a time when each of the children have busy jobs and are trying to deal with problems with their own children, their marriages and life in general. The three siblings are not close but the common problem prompts them to come together and be open with each other.

The setting of Spain is beautifully described and I loved how the Spanish people, who worked for Monica and Gus, were so loving and accommodating. More like family than their own children.

Mum & Dad is filled with relatable family dramas and about a topic that is relevant to many families today. Joanna Trollope has once again given her readers an engrossing story with an eye for family dynamics and absorbing character studies.

Joanna Trollope is the author of many highly acclaimed and bestselling novels, including The Rector's Wife, Marrying the Mistress and Daughters in Law. She was appointed OBE in 1996, a trustee of the National Literacy Trust in 2012, and a trustee of the Royal Literary Fund in 2016. She has chaired the Whitbread and Orange Awards, as well as being a judge of many other literature prizes including chairing the BBC National Short Story Awards for 2017. Mum and Dad is her twenty-second novel.

Posted by Veronica @ The Burgeoning Bookshelf at 21:08