The Monster Catchers
by
George Brewington 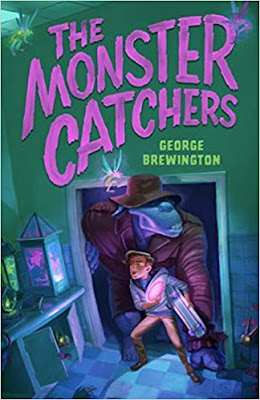 The Monster Catchers: A Bailey Buckleby Story
By George Brewington
A Father-Son Monster Hunter Duo Must Save California From An Evil Villain…
THE FRESH, DYNAMIC, NOT-TO-BE-MISSED MG FANTASY DEBUT
"A fast-paced, action-packed adventure with an interesting premise" ―Booklist on The Monster Catchers
"The monsters are appealing, the parallels between monster and human history are discussable, and the end is wildly unsubtle but still gratifying, allowing Bailey to look forward to a more tolerant and altruistic exploration of the world of monsters." ―The Bulletin on The Monster Catchers
If there’s something strange in the neighborhood, who you gonna call? Buckleby and Son!
When we think of monster catchers or even ghost busters, we don’t often think of a father-son duo saving California from goblins, seas monsters, fairies and trolls.
Behind a purple curtain in the back of a little store of eccentricities, trinkets and souvenirs lies a series of adventures. In this middle-grade fantasy debut, The Monster Catchers: A Bailey Buckleby Story by George Brewington [MacMillan, 2019], Bailey Buckleby and his dad Dougie can rid your home of whatever monster is troubling you—for the right price. Dougie offers Bailey a unique education in the lessons of monster catching and the importance of these creatures to their history. But when Bailey discovers that his dad has been lying—their pet troll Henry is actually a kidnapped baby sea giant—he begins to question the family business. Then, when a criminal mastermind puts everyone and everything Bailey loves in peril, it’s up to him to save his family and set things right.
In The Monster Catchers, Brewington weaves in lessons of friendship and morality with fun and quirky storylines to keep readers on their toes with cliffhangers at the end of each fast-paced chapter. Although a story about a boy who fights monsters with a Frisbee, Brewington dives into Bailey’s journey discovering who and what he believes in to ultimately find his true identity.
“I want my readers to love the characters and find them funny, but also discover that every monster and human has their own perspective,” says Brewington. “Monsters - or humans - shouldn’t immediately be assumed to be evil because they are different than us.”
The Monster Catchers is the best kind of middle-grade faery tale — it encourages readers to enjoy the story, and yet think beyond its pages. Fans of Dianna Wynne Jones, Douglas Adams and Lemony Snicket will gravitate toward this series, and will be so glad that they discovered George Brewington, a debut author we’ll certainly be hearing more from.
The Monster Catchers is now available on Amazon, Barnes and Noble, Books-A-Million, IndieBound and wherever books are sold. 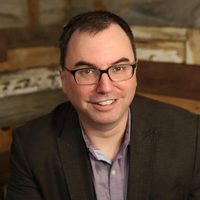 George Brewington writes fantasy stories for both children and adults four days a week. The other three days a week he is a respiratory therapist at a hospital in Charleston, South Carolina. His short stories have been included in anthologies like Dark Magic: Witches, Hackers & Robots and Pick Your Poison. His first novel for young readers – The Monster Catchers - debuted on March 9th, 2019. The sequel – The Revenge of the Whiffles - arrives on July 14th, 2020. He is also working on a mysterious third novel, which is so secret and so strange and so scary, details cannot be revealed at this time. He lives in the marshes of Folly Beach, South Carolina with his family, surrounded on all sides by egrets, owls, alligators, and boo hags.
You can connect with the author at the following sites:
Twitter  ||   Instagram  ||  Facebook

Giveaway:
I have one eCopy of The Monster Catchers to giveaway courtesy of Smith Publicity (open internationally)
Posted by Veronica @ The Burgeoning Bookshelf at 08:30