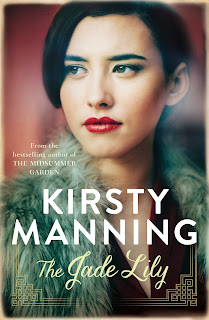 In 2016, fleeing London with a broken heart, Alexandra returns to Australia to be with her grandparents, Romy and Wilhelm, when her grandfather is dying. With only weeks left together, her grandparents begin to reveal the family mysteries they have kept secret for more than half a century.

In 1939, two young girls meet in Shanghai, the 'Paris of the East': beautiful local Li and Viennese refugee Romy form a fierce friendship. But the deepening shadows of World War Two fall over the women as Li and Romy slip between the city's glamorous French Concession and the desperate Shanghai Ghetto. Eventually, they are forced separate ways as Romy doubts Li's loyalties.

After Wilhelm dies, Alexandra flies to Shanghai, determined to trace her grandparents' past. As she peels back the layers of their hidden lives, she begins to question everything she knows about her family - and herself.

A compelling and gorgeously told tale of female friendship, the price of love, and the power of hardship and courage to shape us all.


The Jade Lily is a dual time-line narrative.

1938 Vienna, Austria – 11 year old Romy and her parents flee to Shanghai after one of her brothers is shot by German soldiers and the other is herded away with other young Jewish men. On the three month trip to Shanghai by boat, Romy meets Nina and they become firm friends. Their lives take very different paths but bonded by the unspeakable events of war they remain firm friends for life.

2016 Melbourne, Australia – 36 year old Alexandra has rushed home from England to be by her dying grandfather’s side, leaving behind a broken romance. Her Grandmother, Romy, is stoic and strong and with lifelong friend Nina by her side she goes about her business without a fuss. This stoic, strong attitude is so endearing and understandable from the women that have been through countless injustices throughout their life and have learned to keep going and do whatever you can to survive through these adversities with no complaint.

Alexandra’s parents died in a car accident when she was young and she was brought up by her grandparents. She knows that her mother Sophia was adopted by Romy and Wilhelm. There is much secrecy around Sophia’s adoption and whenever Alexandra brought it up with her grandparents she could see they were genuinely distressed, so she let the matter drop. Alexandra’s story is one of trying to find out who she is, what makes her the way she is, her ancestry. Armed with nothing but an old photo, her mother’s adoption certificate, an old diary and a jade necklace she accepts a job offer in Shanghai and starts to ask questions.
When Alexandra visited the Shanghai Jewish Refugees Museum and saw her great grandparents’ and grandmother’s names engraved on the wall I could almost feel the goosebumps myself. How surreal this moment must have been!

The Jade Lily is an atmospheric tale of the atrocities of war and the stoic, strong women that endured it.
Manning has written a heart-felt historical fiction detailing the hardships endured by the displaced and the unfailing spirit of these people to keep going when all seems lost.
A large focus throughout the story is the blending of cultures as refugees from different countries introduce their cultures and foods into Shanghai. Traditional Chinese medicine is also explored with the healing power and well-being benefits of different blends of herbs and acupuncture.
Shanghai was the star of this story! The people, the food, the customs, the countryside, the refugees and the architecture all feature prominently, then and now.

”...in this swirling metropolis where decadence and depravity skipped hand in hand and it seemed rules were meant to be broken”

The Jade Lily is an intensively researched story that conveys the shocking cruelties endured by the displaced during the war and one woman’s journey of strength and love as she comes of age during these trying times. The vivid descriptions are a sensual feast of odours, flavours, sounds and sights from the streets of Shanghai.

If you read Historical Fiction this is one book you must add to your shelf.

*I received an uncorrected proof copy from the publisher 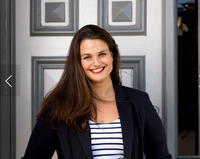 Kirsty Manning grew up in northern New South Wales. She has degrees in literature and communications and worked as an editor and publishing manager in book publishing for over a decade. A country girl with wanderlust, her travels and studies have taken her through most of Europe, the east and west coasts of the United States and pockets of Asia. Kirsty’s journalism and photography specialising in lifestyle and travel regularly appear in magazines, newspapers and online.
In 2005, Kirsty and her husband, with two toddlers and a baby in tow, built a house in an old chestnut grove in the Macedon Ranges. Together, they planted an orchard and veggie patch, created large herbal ‘walks’ brimming with sage and rosemary, wove borders from chestnuts branches and constructed far too many stone walls by hand.
Kirsty loves cooking with her kids and has several large heirloom copper pots that do not fit anywhere easily, but are perfect for making (and occasionally burning) jams, chutneys and soups. With husband Alex Wilcox, Kirsty is a partner in the award-winning Melbourne wine bar Bellota, and the Prince Wine Store in Sydney and Melbourne.

Posted by Veronica @ The Burgeoning Bookshelf at 15:30