The Best of Crimes
by
K. C. Maher 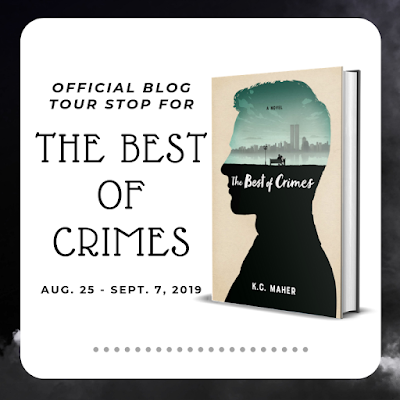 In a world that too often fails to protect its most vulnerable, K.C. Maher’s debut novel offers a new narrative. The Best of Crimes is an enchanting, unconventional love story that will challenge your preconceptions and restore your faith in humanity.

The story opens with the narrator, Walter, turning himself in for kidnapping at the police station of his New York City suburb. The chief tells him to go home – no one wants to prosecute. But Walter insists, until he is arrested and charged. Why would Walter, a pillar of the community, voluntarily confess to a felony that carries a minimum sentence of five years?

Posted by Veronica @ The Burgeoning Bookshelf at 08:30